by Astronaut and Multimillionaire Global Investor 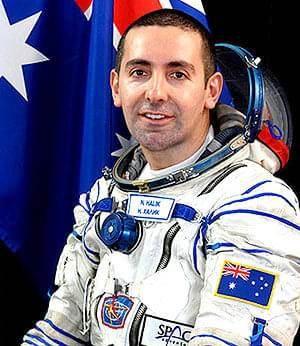 Where Nik has appeared:

Habits are a double-edged sword. On the one hand, they can be an incredibly powerful tool for progress. On the other hand, by automating our behavior, they erode our free will and make us less conscious. It’s vital, therefore, that we remain vigilant about the habits we develop. Charles Duhigg’s book, The Power of Habit, details the science behind how habits form and how to change them. Close to the center of our skull, Duhigg explains, lies a golf ball-sized lump of tissue called the basal ganglia. Its job is to store habits even while the rest of our brain goes to sleep. Science has proven that repeated habits become ingrained into our basal ganglia forever. Our brain is programmed to constantly find new ways to save effort. Writes Duhigg, “left to its own devices, the brain will try to make almost any routine into a habit, because habits allow our minds to ramp down more often”. This process within our brains is a three-step loop. First, there is a cue, a trigger that tells your brain to go into automatic mode and which habit to use. Then there is the routine, which can be physical or mental or emotional. Finally, there is a reward, which helps your brain figure out if this particular loop is worth remembering for the future. When repeated over time, this loop-cue, routine, reward; cue, routine, reward–becomes more and more automatic. The cue and reward become intertwined until a powerful sense of anticipation and craving emerges. Eventually…a habit is born. Once born, habits never die. As MIT scientist Ann Graybiel says;

Unconscious habits tend to be formed by taking the path of least resistance, which is almost never good for us (e.g. sleeping in, eating junk food, watching too much TV, overspending, etc.). The right habits are those that we consciously create and cultivate, such as healthy eating, daily exercise, and goal setting and planning. Conscious habits take more effort, but in the long run, provide quantum benefits for the effort.

Checking your smartphone constantly, wasting time on Facebook and YouTube, negative self-talk, and buying liabilities on credit are examples of habits that hinder your progress towards positive goals. On the other hand, healthy habits, such reading every day, practising new skills, checking and responding to email only at designated times throughout the day are habits that support you in your goals.

The right habits not only support you in achieving specific goals, but they also support your health and well-being in a general sense. In short, they are simply good for you. They make you smarter, healthier, more productive, and happier. Any habit that diminishes your overall mental, emotional, and physical health should be eliminated.

One of the most important things you can do to change your life is to create a conscious morning routine. Make it a habit to get up an hour earlier than usual. Start your day with some breathing exercises and meditation. Take a walk in the morning sun. Sunlight is the best disinfectant in life. Never allow the light of consciousness inside you to be extinguished. Read a non-fiction book. Visualize your goals. Work on a personal passion project. It doesn’t matter what you do, so long as it’s conscious, positive, and consistent. Don’t allow the digital world to control your first hour of the day. Don’t just prioritize your schedule for the day, schedule your priorities.

Charles Duhigg explains why this is critical: “For a habit to stay changed, people must believe change is possible. And most often, that belief only emerges with the help of a group. The evidence is clear: If you want to change a habit, you must find an alternative routine, and your odds of success go up dramatically when you commit to changing as part of a group.” Your support group should know the habits you’re working on breaking and those you’re working on creating. Keep them in the loop on your progress (or lack thereof). The simple act of accountability is often enough to motivate you to do better.

“Keystone habits” are seemingly small and simple habits, but which can catalyse a ripple effect and have a major impact on every aspect of your life. One such keystone habit is exercise. As Charles Duhigg explains, “When people start habitually exercising, even as infrequently as once a week, they start changing other, unrelated patterns in their lives, often unknowingly. Typically, people who exercise start eating better and becoming more productive at work. They smoke less and show more patience with colleagues and family. They use their credit cards less frequently and say they feel less stressed. It’s not completely clear why. But for many people, exercise is a keystone habit that triggers widespread change.” Other keystone habits could include completely cutting out TV, getting enough sleep, eliminating negative self-talk, and saving money. Or take one meditative road trip each month for a few days. Travel a minimum of 200 miles from your home to trigger a spark of business creativity. Bring books to read and a notepad.

Habits can either work for or against you. They can propel you toward your goals or prevent you from ever achieving them. If you allow your habits to form unconsciously, they will most likely work against you. Consciously choose the habits you want to create. Work on them diligently and consistently. More so than daily choices, habits are the building blocks of life. “Motivation is what gets you started. Habit is what keeps you going.”

In the ‘80’s and ‘90’s, time management was all the rave. Planners, Blackberries, and other time management tools abounded. Time management is a mathematically, ridiculously flawed myth. The richest person on the planet cannot buy their time back. New research has made time management almost obsolete. The new paradigm is that energy management matters far more. This revolutionary approach to performance is detailed in the life-changing book The Power of Full Engagement by Jim Loehr and Tony Schwartz. They explain, “The richest, happiest and most productive lives are characterized by the ability to fully engage in the challenge at hand, but also to disengage periodically and seek renewal. Instead many of us live our lives as if we are running in an endless marathon, pushing ourselves far beyond healthy levels of exertion…We must learn to live our lives as a series of sprints.” In other words, achieving success isn’t just about working hard, it’s about working smart. We don’t manage time, we create it.

The Thrillionaire® Entrepreneurial Alchemist, Civilian Astronaut, Extreme Adventurer, Keynote Speaker. Nik Halik is the founder and CEO of Lifestyle Revolution and 5 Day Weekend®. Nik became a multi-millionaire and amassed great wealth through savvy investments in property, business and the financial markets. Nik’s group of companies have financially educated and life coached over 1 Million clients in over 57 countries. Nik generates passive income, building recurring subscription businesses, investing in tech startups and multi-family apartment complexes. He is currently an angel investor and strategic adviser for several tech start-ups in the U.S. Nik has trekked to over 157 countries, dived to the wreck of RMS Titanic to have lunch on the bow, been active as a mountaineer on some of the world’s highest peaks, performed a HALO skydive above the summit of Mt Everest in the Himalayas, climbed into the crater of an exploding erupting volcano [1,700 Degrees Fahrenheit] for an overnight sleepover and just recently, entering the hermit kingdom of North Korea to expose a sweatshop factory operating illegally for an American conglomerate. He was the backup Astronaut for the NASA / Russian Soyuz TMA-13 flight to the International Space Station in 2008. He currently remains in mission allocation status for a future flight to Earth’s only manned outpost in orbit– the International Space Station with the Russian Federation.
Facebook
Twitter
Pinterest
Linkedin
Previous article
The 3 People You’ll Find in a Startup
Next article
How to do Market Research Properly

How to Find Product-Market Fit

Establish A Structured Blueprint for Success

Start-Up and Scale helps people set up their businesses.

© Start-Up and Scale | All rights reserved